On Thursday, a Los Angeles judge didn’t rule on a request from a youngster who admitted to running over a woman and her 8-month-old child with a stolen car. The teen was facing five to seven months in a juvenile probation camp.

Authorities say he’s been in at least 14 fights in the past few months, and he has a history of writeups for things like misconduct, disobedience, damaging language, and defiance of authority, even though some of his probation reports have applauded his conduct. 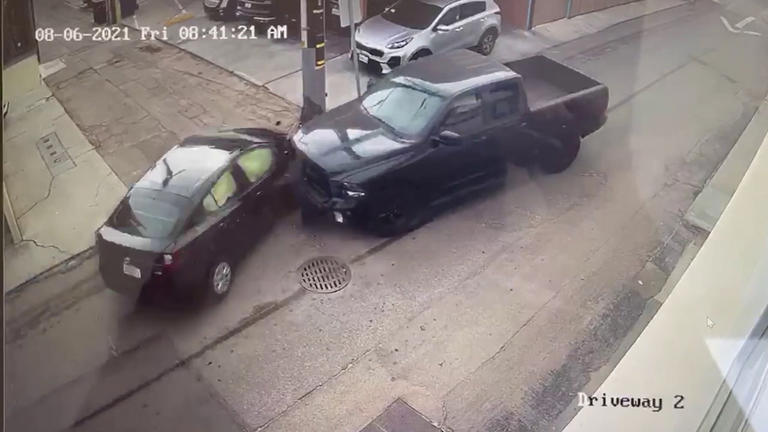 “The findings from his time on probation suggest that he is not rehabilitated and he shouldn’t be released early,” Shea Sanna, the deputy district attorney who argued against early release, told Fox News Digital on Thursday.

The juvenile suspect, whose identity is being withheld for his own protection, was brought to court by his mother.

The proceedings finally got going after some back-and-forth about whether or not the victim and the media were allowed to observe. An application for bail reduction was submitted by the defense. Judge chose to postpone the case until September 28 so that the people who produced the probation report can testify under oath about the claims Sanna disputed.

Rachel claimed that she was not given a chance to share her views on Thursday.

Surveillance footage shows the driver swerving and hitting Rachel and her baby, knocking them to the ground before trying to flee the scene before a good Samaritan in a pickup truck rams him off the road.

The driver is depicted in photos obtained at the site as a slim White male, with baggy clothing and a “Scooby Doo” tattoo on his neck. Outside the stolen vehicle, he spoke with officers while his eyes were only half open. While this was going on, he was on probation for poisoning a high school student.

Photos showed a tire-track shaped mark on the back of the victim’s scalp, but he fortunately avoided serious injury.

Rachel informed Fox News Digital that she rolled over the bonnet of the car and sustained significant cuts on her arms, hands, and shoulder as well as a slipped disc in her back as a consequence of the impact.

The teen admitted guilt on three felony counts; two assault charges and one attempt to elude capture charge. Both current and previous prosecutors agree that, given the available evidence, the suspect should have been charged with more serious crimes and given harsher punishments.Gascon insisted his agency had filed “the most serious violations available under the law” against the adolescent.

Rachel’s description of the hit-and-run as an attempted murder is a much more serious accusation than the one made by Gascon’s office.

Gascon labeled reports about his handling of the case “misinformation” days after his office reversed a claim that the Los Angeles Sheriff’s Department, which had no link to the case and was not the investigating agency, “agreed” to the charges.

He stated, “a minor, driving under the influence, struck a mother and her child with a car in Venice,” adding that it was “essential that the public learns the truth.”

Even though he told the story, he did not press charges against the minor for DUI.

Prosecutors have compared the juvenile diversionary program to something more rigorous than summer camp but milder than military school.

Wednesday and Thursday messages to Gascon’s office went unanswered. Rachel has expressed that she has reached her breaking point. She has decided to sell her home in Los Angeles and relocate. The date of completion has already been determined.

The words, “I cannot get out of here quickly enough,” came from her lips.