California Gov. Gavin Newsom is now turning his attention to the huge tent camps, shanty towns, and makeshift RV parks that have taken over the state’s open spaces during the COVID-19 outbreak.

There has never before been a $50 million grant from the governor for clearing up camps and rehousing those who have been living on the streets. Among the cities that stand to gain are Santa Cruz, Richmond, and San Jose. There will be an additional $1.5 billion allocated for the housing of persons with mental health disorders in Newsom’s next budget. As co-chair, none other than Dr. Mark Ghaly — the face of California’s COVID response — will be Newsom’s new state homelessness council in control of everything.

“This is probably one-of-a-kind, once-in-a-lifetime type funding that we’re seeing from the state,” said Michelle Milam, crime prevention manager for the Richmond Police Department and a member of the city’s homelessness task force. “We’ve never seen this kind of investment from the state for encampments.”

Local government and NGO organizations have been fighting a rising homelessness epidemic for years with little aid from the state. They are thankful and hopeful. However, they claim that the funds provided will fall well short of what is needed.

Although Newsom has set aside money for encampments, experts believe that this is not the type of long-term commitment communities require to make a significant dent in the problem of providing stable homes for the state’s unhoused.

They admit that the governor’s decision to focus on encampments is a savvy political move, but moving people out of camps and into temporary shelters isn’t a solution if there isn’t affordable housing in the community.

“I think we would want to look at it a little bit more holistically,” said Christopher Martin, policy director for the advocacy organization Housing California. “We need to address all facets of homelessness, not just encampments.”

By March 1, Newsom’s new encampment resolution awards would have been given to more than three dozen towns and counties, including Richmond. There is just $50 million in the state’s coffers, but $120 million in demand. This year’s budget, according to Newsom, should include an additional $500 million in funding.

If chosen, Richmond plans to use the funds to clear a camp of more than 100 individuals camped out on Castro Street in automobiles, RVs, and trailers of all kinds. During the epidemic, similar camps proliferated in Richmond, echoing the experience of many other towns, as shelter capacity decreased and federal health officials suggested that encampments be left alone. As a result of the state’s money, Richmond would form a housing trust fund only for Castro Street tenants, which would be used for anything from rent to job training to car maintenance.

“It’s more than just closing down an encampment,” Milam said. “It’s making sure people have an opportunity to successfully transition.” 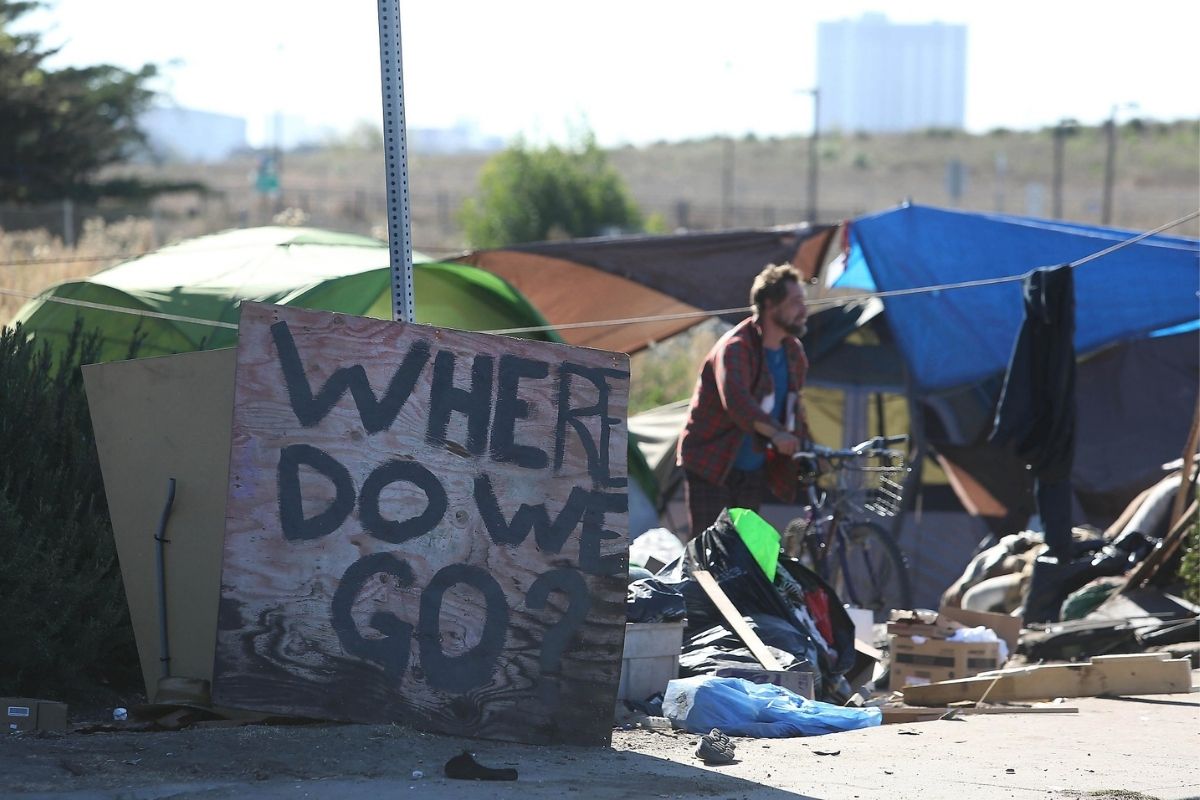 For the Guadalupe River Trail between Arena Green and the Children’s Discovery Museum, San Jose has also asked for a grant for $2 million in housing.

Santa Cruz County’s director of Home for Health, Robert Ratner, hopes the money will allow the county to test out a new method that encourages individuals to take a more active role in locating their own housing. Residents of the encampment would receive “housing scholarships” that would be used in whatever way they deemed appropriate.

An annual “100-day challenge” centred on homeless camps is also being led this year by the governor’s office. The Rapid Results Institute will collaborate with a few counties, including Santa Cruz and Sacramento, to find fresh solutions to the situation. During the course of the show, Sacramento County wants to provide homes for 43 people and get another 43 on the road to housing.

As of now, Santa Cruz County is able to provide housing for 40 persons and has plans to host an additional 100.

The California Interagency Council on Homelessness, co-chaired by Ghaly and Business, Consumer Services, and Housing Secretary Lourdes Castro Ramrez, was established by Governor Gavin Newsom earlier this year to coordinate the state’s efforts to combat homelessness. The agency can now subject municipalities and counties to a higher standard of accountability.

Funding requests from local governments must now include specific proposals for how they intend to use the funds. They are penalised if they fail to fulfil specified standards.

Governor Newsom’s senior advisor, Jason Elliott, was asked if Newsom’s plans to reduce the number of homeless people camped out will work, and he responded that they already do.

“We understand people are frustrated. But we also are proud of 58,000 people who have come off the streets since this pandemic broke open,” he said, referring to Newsom’s Project Roomkey, which moved unhoused people into hotels, and Homekey, which created longer-term housing. “That’s how much worse it would have been.”

Milam argued that one-time donations can only go so far. It had been a long-term goal of Richmond’s to construct a safe RV parking facility. When the concept was met with stiff opposition from certain residents, the city decided to abandon it. Milam thinks the state should get involved.