Alexander Drueke and Andy Tai Huynh were escorted from their cell deep within Russian-occupied Ukraine and they both wondered what their future held as they were taken away. Would they soon be let free, or would they be killed?

The Kremlin announced the two, both American soldiers, were suspect war criminals and could face the death penalty days after their capture in June. On Thursday, Drueke called his aunt and claimed things “could go any way” at the time. 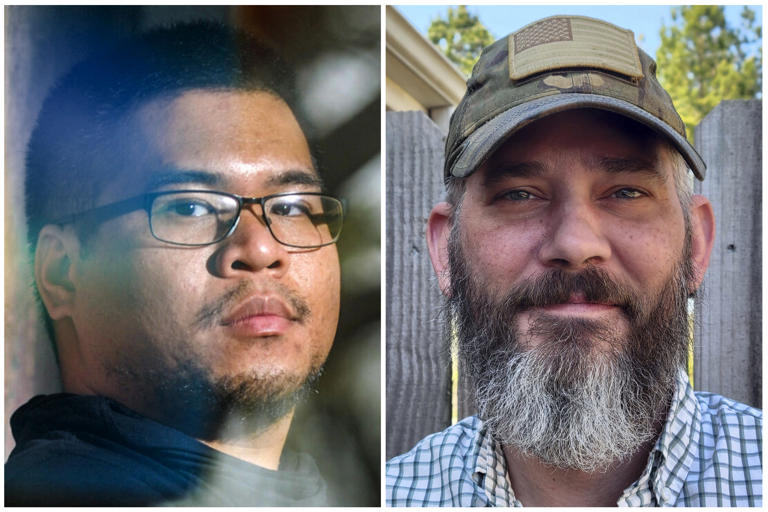 According to Dianna Shaw, the aunt, “that was one of those instances where it was a gut strike for me.”

Wednesday, as part of a surprising and expansive prisoner exchange arrangement between the governments of Kyiv and Moscow, the Americans were released. The Russian authorities decided to release 215 Ukrainians and nine other foreign nationals who had joined the conflict on support of Ukraine, including Drueke, 40, and Huynh, 28. In return for Viktor Medvedchuk, a pro-Kremlin Ukrainian opposition figure with such close ties to Russian President Vladimir Putin that Putin is rumored to be the godfather to Medvedchuk’s daughter, 55 Russian fighters were released.

The massive prisoner swap between Russia and Ukraine resulted in the release of American citizens.
This comprehensive agreement was brokered by the governments of Saudi Arabia and Turkey, and details of the agreement were slowly released throughout Thursday. According to a transcript of his comments carried by state-run media, Turkish President Recep Tayyip Erdogan explained to reporters covering the United Nations General Assembly in New York that the prisoner exchange was the result of “diplomatic traffic I conducted” with Putin and Ukrainian President Volodymyr Zelensky. Despite Ankara’s crucial role in resuming grain supplies this summer following Russia’s naval blockade of Ukraine’s Black Sea ports, Erdogan has not been successful in arranging a face-to-face meeting between Putin and Zelensky.

Drueke and Huynh are currently recuperating in Saudi Arabia, and the country’s crown prince, Mohammed bin Salman, has received praise for his role in the pair’s release. On Thursday, a high-ranking Saudi official praised Mohammed for his “proactive involvement in supporting humanitarian activities.” The United States has publicly thanked the crown prince for his efforts in securing the release of the two Americans, but tensions between the two countries persist due to Saudi Arabia’s poor human rights record and, most notably, Mohammed’s suspected role in orchestrating the plot to kill Saudi American journalist Jamal Khashoggi.

Some Russian nationalists were outraged by the pact because they saw it as a betrayal of Russia. If the Russians had successfully installed a puppet regime in Kyiv, Medvedchuk was once considered a possible replacement for Zelensky. Putin has labeled the far-right Azov Regiment as Nazis, and several of the Ukrainians released in exchange for Medvedchuk and other Russians were members of this military group.

As a result of the Azov soldiers’ bravery during Russia’s deadly siege of Mariupol, the agreement was praised in Ukraine.

Some of the freed Ukrainians were “subjected to really brutal torture,” according to Kyryl Budanov, head of Ukraine’s top military intelligence department. It is unknown if Drueke and Huynh were subjected to such therapy, but there are indications that they both went through stages of physical degeneration that may take time to reverse.

According to Drueke’s aunt, her nephew has been reluctant to discuss the ordeal he and Huynh had at the hands of their captors. She noted that Drueke and Huynh are “extremely dehydrated” and that they have “some little, minor, minor health problems,” adding that the family is unsure of when the two may be ready to make the 14-hour travel home to Alabama from Saudi Arabia.

German television station Deutsche Welle broadcast footage of the detainees’ release, in which a haggard and emaciated Drueke was helped along by what appeared to be medical professionals. But he had his own suitcase with him.

Drueke, an ex-U.S. soldier, and Huynh, an ex-Marine, went missing on June 8 near the city of Kharkiv while fighting with Ukrainian forces. Drueke’s family thinks they were imprisoned in the Donetsk region of eastern Ukraine, though they were moved to several times throughout their imprisonment.

U.S. servicemen and women who were recently released to Saudi Arabia are living together in a shared apartment while they begin the process of getting back on their feet. Shaw noted that the former hostages realize it may take some time to get back to normal life.