One of Australia’s most famous exports is the Irwin family, who are known for their dedication to animal welfare. The opinions of Australians regarding this famous family have been made plain, and members of the Irwin family still talk about their doting dad. In September 2006, Steve Irwin was killed when a sting from a bull stingray penetrated his chest (via Britannica). A lot of curiosity about Steve Irwin Death, To get to know, read the full article.

Steve Irwin Early Life: What Did He Do In His Early Life?

The Australian wildlife expert Stephen Robert Irwin entered this world on February 22, 1962, in the suburb of Upper Ferntree Gully in the state of Victoria.

He was raised by Robert “Bob” Irwin, a well-known Australian biologist and zookeeper who founded the Queensland Reptile and Fauna Park. Steve’s family relocated to Queensland, Australia, in 1970, and he finished his secondary education there.

From a young age on, his father was a great resource for him in learning about reptiles, and he soon found himself actively participating in his father’s zoo through activities such as feeding the animals and keeping the cages clean.

He got a 12-foot scrub python when he was six years old. His father supervised him while he wrestled his first crocodile at the age of nine, although by then he was an experienced crocodile handler. He took over operations in 1991 and rebranded the facility as the Australia Zoo.

Steve Irwin Personal Life: With Whom He Married? 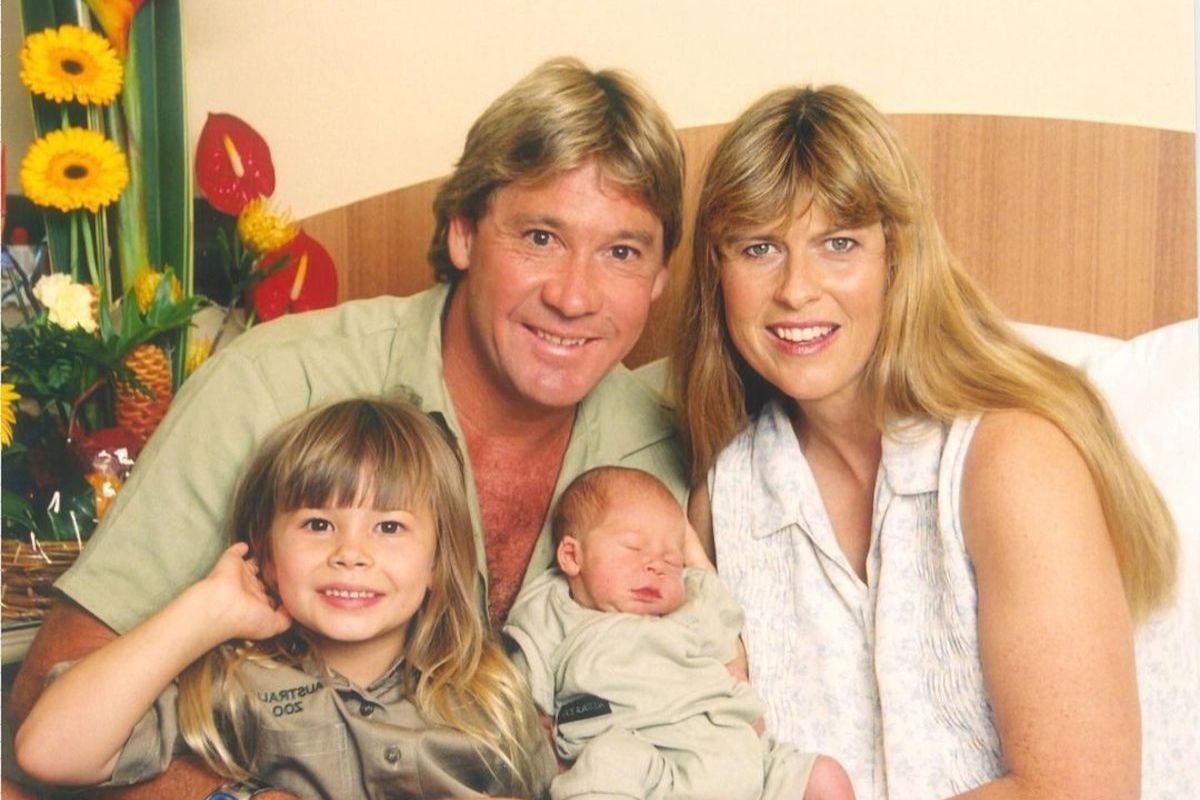 It was in 1991 at the Australia Zoo that Steve Irwin and Terri Raines first met. “Love at first sight” describes their relationship perfectly, and they were engaged after only four months. They tied the knot in 1992, and their first child was born in 1998. They expanded their family with another baby in 2003. Multiple times, Irwin emphasized the importance of being recognized as a “good parent.”

Steve Irwin Career: How Did He Start His Career?

To commemorate their honeymoon, Terri and Steve filmed themselves and their efforts to capture crocodiles. John Stainton videotaped this, and it became the pilot episode of “The Crocodile Hunter.” The show first aired in Australia in 1996, and it arrived in the United States in 1997. As a result of its success, 500 million people around the world saw it.

Steve’s charisma and booming Australian accent were the show’s main draws. Many of Irwin’s followers all throughout the world have adopted the exclamation “Crikey!” as their own. Even renowned naturalist David Attenborough applauded Steve Irwin for his work in educating the next generation about the outdoors.

The Himalayas, the Yangtze River, Borneo, and Kruger National Park all made appearances in the series finale of “The Crocodile Hunter,” which ran for three hours.

A number of documentaries followed, with Steve as the lead actor. These included “Croc Files,” “The Crocodile Hunter Diaries,” and “New Breed Vets.” Aside from these duties, he also made guest appearances on a variety of talk shows and commercials. He also maintained his tradition of enhancing the Australia Zoo.

Additionally, he had a few film appearances, including the sequel to “Dr Dolittle.” The critical reception to his sole leading performance, “The Crocodile Hunter: Collision Course,” was mixed. Irwin has received high marks for his efforts in the conservation field. He often advocated for responsible travel, telling people not to buy turtle shells or shark’s fin soup.

Many people found Irwin to be somewhat divisive. Steve has been accused by his detractors of disturbing whales, seals, and penguins when in Antarctica, and he has been known to treat animals roughly on occasion.

He was widely criticized after he was seen feeding a crocodile while cradling his newborn kid. Many people accused Steve of abusing the youngster, and he had to publicly apologise.

Steve Irwin was killed while harassing a ray,” they wrote. “He dangled his baby while feeding a crocodile and wrestled wild creatures who were doing their own business. Today’s Google Doodle delivers a dangerous, fawning message. Wild creatures are entitled to be kept alone in their natural environments.”

How Much Did Steve Irwin Have in Assets?

At the time of his death in 2006, Steve Irwin, an Australian wildlife specialist, conservationist, and television celebrity, was worth $10 million. Irwin, affectionately dubbed “The Crocodile Hunter” by his legions of followers, became an international sensation because of his captivating nature documentaries. He grew raised among crocodiles and other reptiles, so he knew a lot about them.

His television series “The Crocodile Hunter,” which aired from 1996 to 2007, made him a household name around the world. The couple went on to anchor shows including “Croc Files,” “The Crocodile Hunter Diaries,” and “New Breed Vets,” with Steve as the former and Terri as the latter. Besides his work on TV, Irwin and his wife ran the Australia Zoo. It was Steve’s parents who established the zoo.

It was on the Great Barrier Reef of Australia when Irwin tragically lost his life in 2006. While out whale-watching, a short-tail stingray sank its barbs into his chest. Fans all over the world were saddened by the news of his death when he succumbed to the wound. Numerous institutions and famous people paid tribute to Irwin, and several places, including zoos, parks, and streets, bear his name. Currently, his two children and wife run the Australia Zoo.

Let us talk about Steve Irwin Death, and What were his last words? Was he wanting to survive?

Their dying words of Irwin were “I’m dying.”

For a miracle, we hoped. I gave him over an hour’s worth of CPR. Once they did manage to get him to medical attention, however, his prognosis was immediately apparent.

Steve Irwin was filming on the Great Barrier Reef when a stingray barb entered his breast in September of 2006. His heart and thoracic wall were both punctured by the stinger, and he died practically instantly. Steve was stung by a short-tail stingray, a species with the potential to cause fatal injuries if the stinger penetrates a crucial organ. Stingers also have a neurotoxic, which inhibits the contraction of smooth muscles and decreases blood flow. Although the venom was neurotoxic, it is unlikely that Steve Irwin felt its effects before his death from a stab wound to the chest.

It should be noted that Steve Irwin was extremely unlucky to have been pierced not only in the heart but also by an animal not typically thought of as violent. Irwin’s death is the most well-known instance of a fatal stingray attack, and it is also the only one that is thought to have been captured on film.

Who Is Savannah Chrisley Dating? Is She Still With Nic Kerdiles? Why Did Nic Try to Attempt Suicide?

Mackenzie Scott Net Worth: Is She Getting Divorce From Her Second Husband? Dark Story Behind Their Relationship!